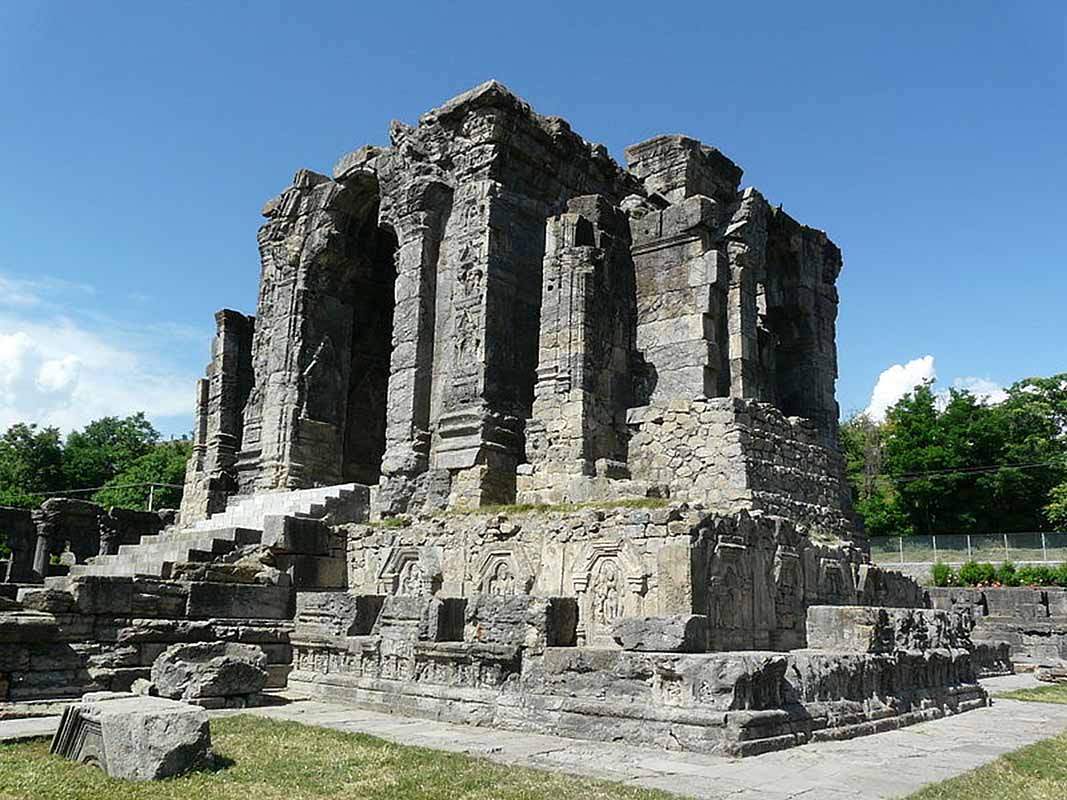 The invincible Martand pride of Kashmir (Bharat). This temple was enlarged by the great Kashmiri conqueror Lalitaditya Muktapida who ruled from 699-736 AD.

HOW POWERFUL WAS LALITADITYA MUKTAPIDA IN REALITY? SOME AUTHENTIC DATA FROM THAT PERIOD ON HIM: In the Persian language Chronicle `Chachanamah', the history of Sind translated into Persian from Arabic (written originally in Arabic by Kazi Ismail. Ismail was appointed as the first Kazi of Alor by the conqueror of Sindh namely Mahamed-bin-Qassim) by the Arab Ali of Kufah in 1216 AD, it is mentioned that the Brahmin king of Sind, Dahar, had warned Mahamed-bin-Qassim by mentioning in a letter, "If I had sent against you Rai Jaisiah who is the most victorious of all the rulers on the face of the earth and who can wreck vengeance on the strongest men of age, or the king of Kashmir who is the mighty possessor of a crown, kettle drums and standards, on whose royal threshold the rulers of Hind have placed their heads, who sways the whole of Hind and even the country of Makran and Turan, whose chains a great many noblemen and grandees have willingly placed on their knees..." 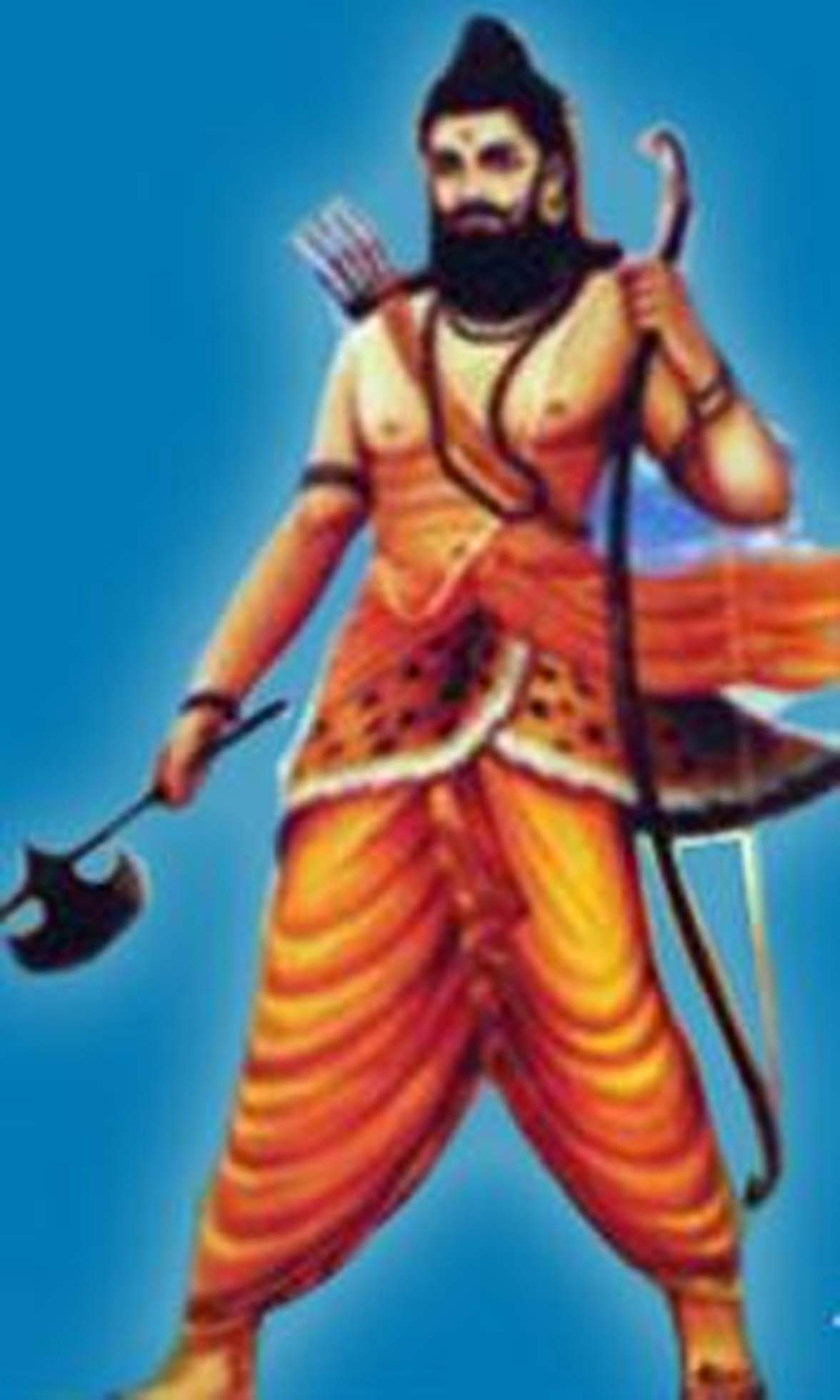 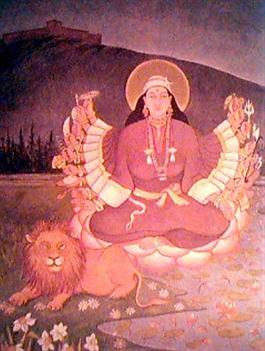 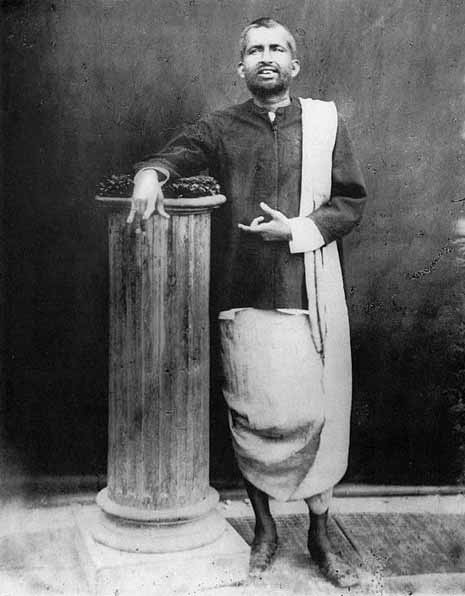 "Harmony of religions is not uniformity; it is unity in diversity." 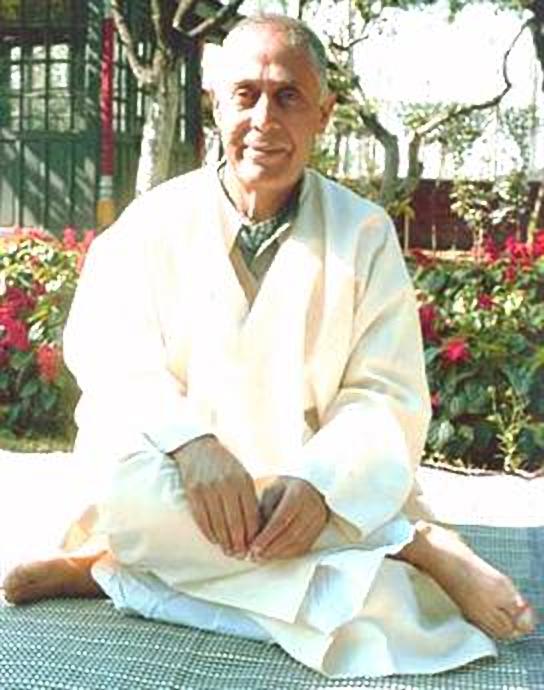 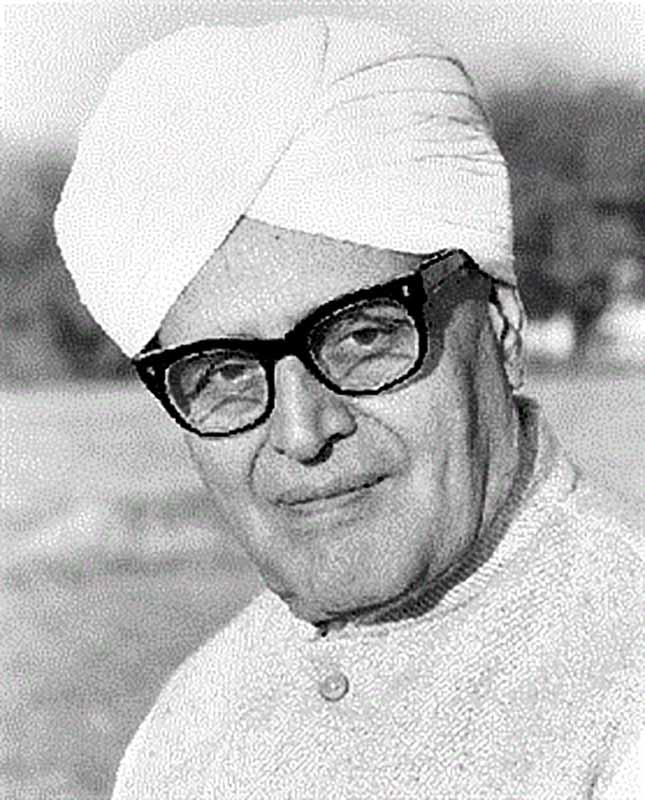 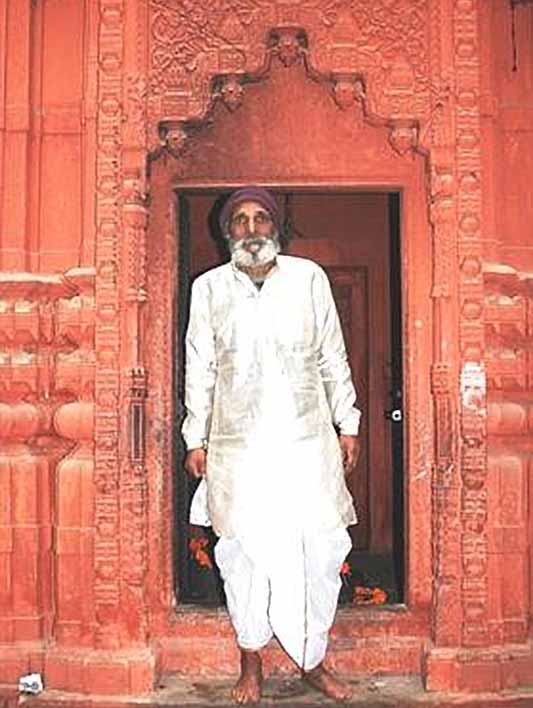 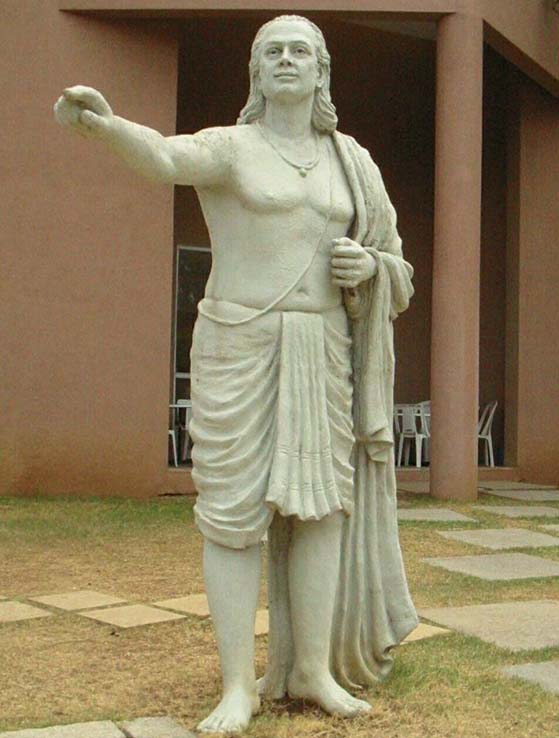 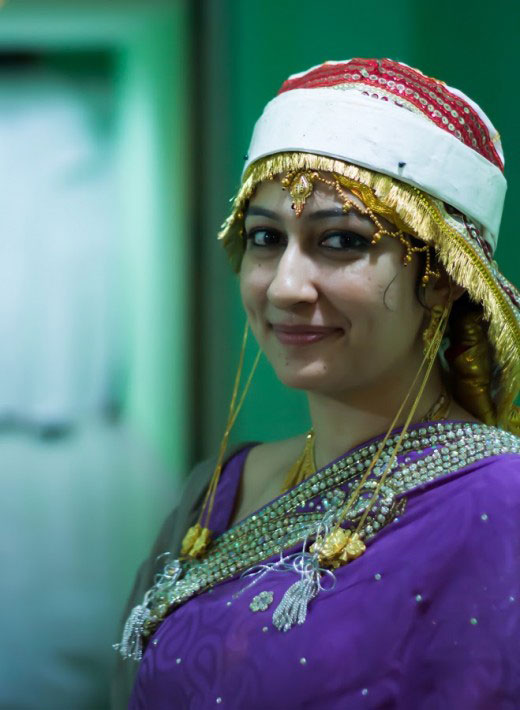 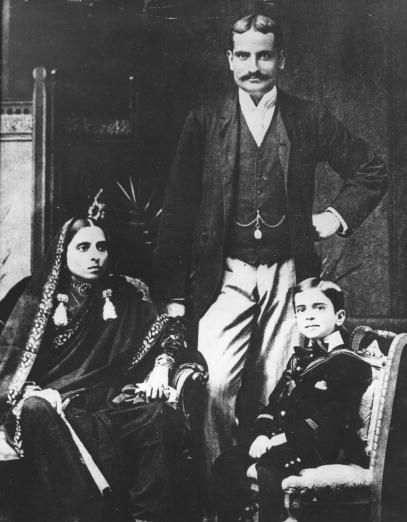 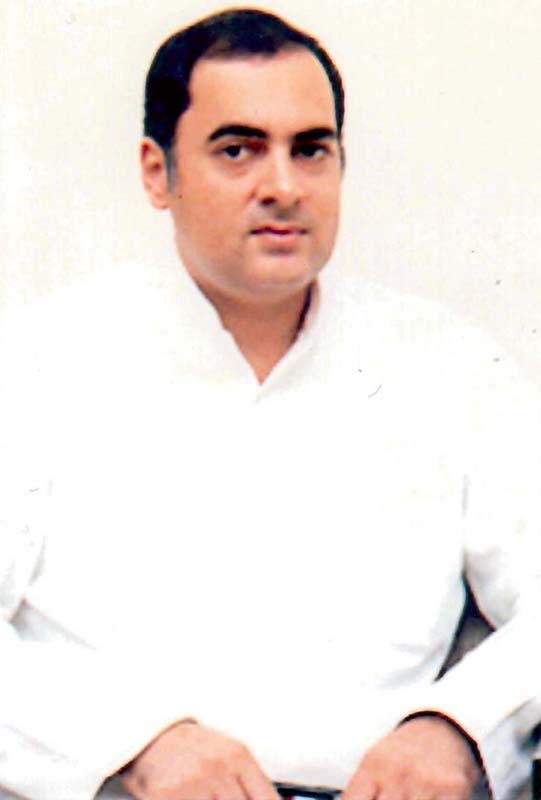 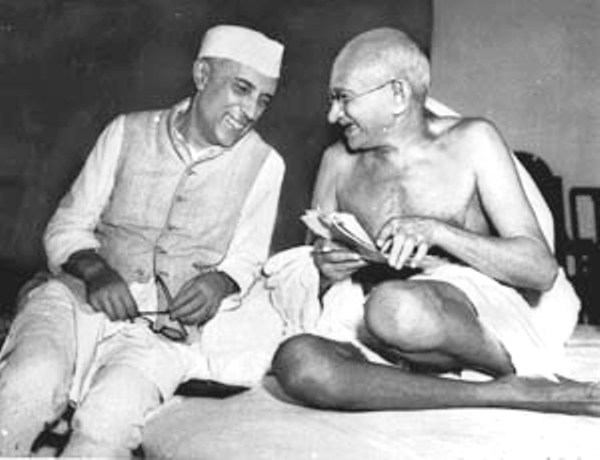 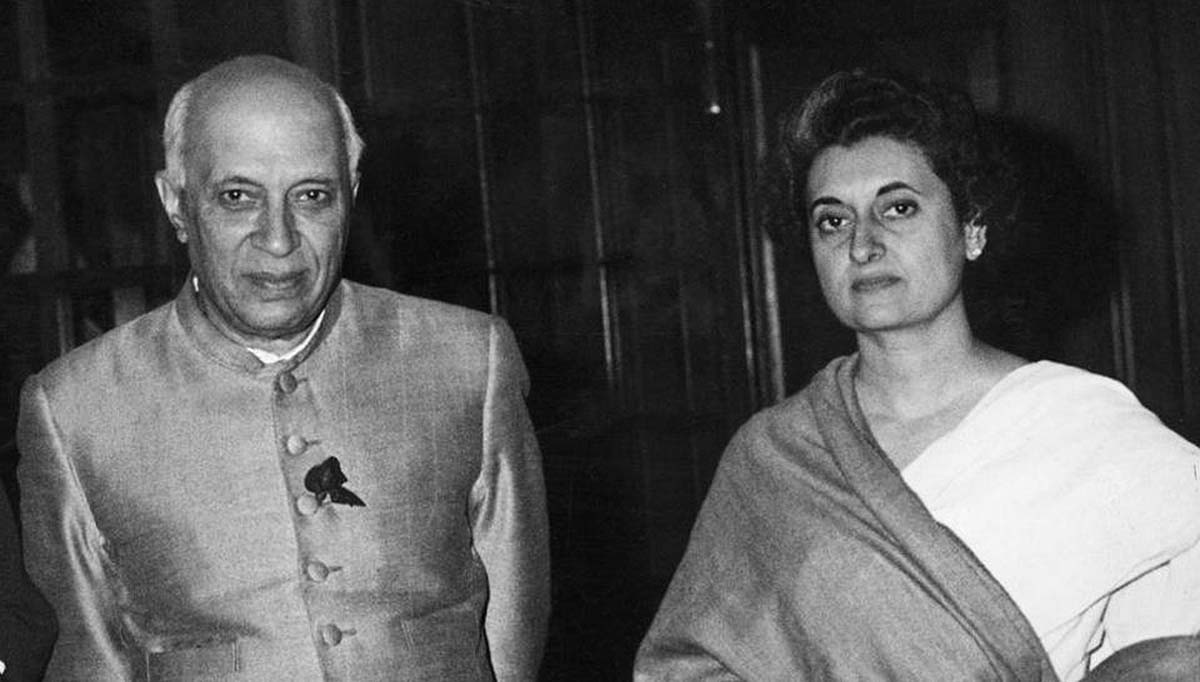 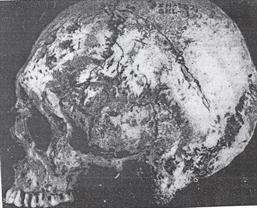 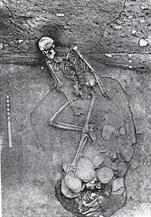 On the basis of Carbon-14 dating, this Neolithic phase at Burzahom has been dated to a period between 2,300-1500 B.C. Thus the Aryan invasion theory of Bharat has no credibility whatsoever and the Aryan Race is surely indigenous to Bharat. Evidently, the Aryan Race moved Westward from Bharat. The cranioscopic study of these skeletons makes clearly evident that they are dolichocranic (long-headed) individuals. This adult would have been approximately 5 feet 9 inches tall. Undoubtedly, this skeleton has a corporeal resemblance to the skeletons of a significant portion of the contemporary Kashmiri population. Interestingly, the Vale of Kashmir (Bharat) my home has been described by Kalhana (12th century AD, the author of the Rajataringini) as the north-most region of Aryavarta (Abode of the Aryan Race), that is its crown. Moreover, it is well established that some regions of the present Central Asia (in reality Kashmir is the Aryan Central Asian region of Bharat) were also regions of the traditional Aryavarta. Interestingly, Kalhana also informs us that the sacred-ritual drink (it had no alcohol) of the Aryans (https://www.bbc.com/culture/story/20170406-this-obscure-religion-shaped-the-west) the Soma in Sanskrit or Haoma in Avestan was consumed in Kashmir during his period. Soma as anticipated was the drink of choice at important functions in Kashmir. Alcohol was also consumed at times (depending on the period), particularly by some segments of the society. Nonetheless, Kalhana as a Brahmin unequivocally censures the consumption of alcohol, however, he clearly attaches great importance to Soma. Kalhana also incontrovertibly describes the looks of Kashmiris during his period, intriguingly they are pretty similar as of now.

As is well established the Aryan Race is indigenous to Aryavarta and regions of modern Central Asia. Fascinatingly, an Aryan settlement has been unearthed not too far from what was Greater Kashmir: https://www.youtube.com/watch?v=IVlO7_w6JRA&t=13s

It is also widely entertained by experts that the fissure between the Parent-Aryan people along with the Parent- Aryan language into Rigvedic-Sanskrit and Avestan-Persian occurred in the wider Kashmir region, and contiguous modern Central Asia. It is no secret that often people with different agendas by twisting things try to develop a new criterion, origins, etc. of this great Race. Astonishingly, the Kashmiri language still retains some of the peculiarities of the the Parent-Aryan language.

Moreover, it must also be taken note of the fact that the ancient history of Kashmir is on firm ground, mainly due to the Kashmiri Brahmin Kalhana. Therefore reinterpretation of this history and related material by politically motivated people such as Victoria Schofield, Henny Sender, Walter Slaje, etc., has little relevance. In my opinion though such interpretations must be read, nevertheless, they must never be taken too seriously. Unfortunately, not only in the translations and interpretations some authors have an agenda, but also the originals written by Kalhana, Jonaraja, Srivara, etc. are being altered at times. Recently along with many grave errors Slaje in his translation of Jonaraja’s Dvitīyā Rājataraṅginī also makes the Turuskas (Turks) of the Rajataringini conveniently (for reasons people with even a little conventional wisdom are quite aware of by now) into Mongols! No credible historian would even refer to the Mughals or Sultan Timur (he never entered Kashmir) as Mongols either. They were predominantly Turko-Mongol. It is well established that Mongols captured regions of Central Asia and an admixture of the invaders with the native population often took place. The Mughals were a result of this. Intriguingly, no part of what is India today was ever a part of the genuine Mongol Empire.

Interestingly, Slage was invited by the Clay Sanskrit Library to translate Jonaraja's Rajataringini together with that of Srivara.

Also legally and historically the whole Jammu and Kashmir State (prior to joining the Bharati Union this State was an independent kingdom ruled by Maharaja Hari Singh Jamwal) belongs to Bharat and the only major problem remains is the liberation of POK and thus taking the borders of this State to Wakhan.

It is no secret that Bharat is one of the most diverse nations (Shashi's views: https://www.youtube.com/watch?v=0bRsVjlc1HYon) planet earth. Yet she is also one of the most united countries mainly due to being an ancient civilization and a great secular democracy. Add to this the super-glue, the thought of Mahatma Gandhi and Bharat then emerges as an impregnable country. Moreover, Bharat a land of 1.3 billion people is also a great military (surely the third strongest after Russia and the USA) power. We must thank among others Mrs. Indira Gandhi, Homi Jahangir Bhabha, Atalji, etc. for this. Note the ethnic and also cultural diversity in just a single State of Bharat, namely the Jammu and Kashmir State; all the three regions of this State are surely more distinct (almost surgically) than many countries separated by several thousand miles:

THE ABOVE SONG IS SUNG IN KASHMIRI AND HINDI, TO ACCOMMODATE THE HINDI SPEAKING AUDIENCE, SINCE THE LATTER DOES NOT UNDERSTAND KASHMIRI. 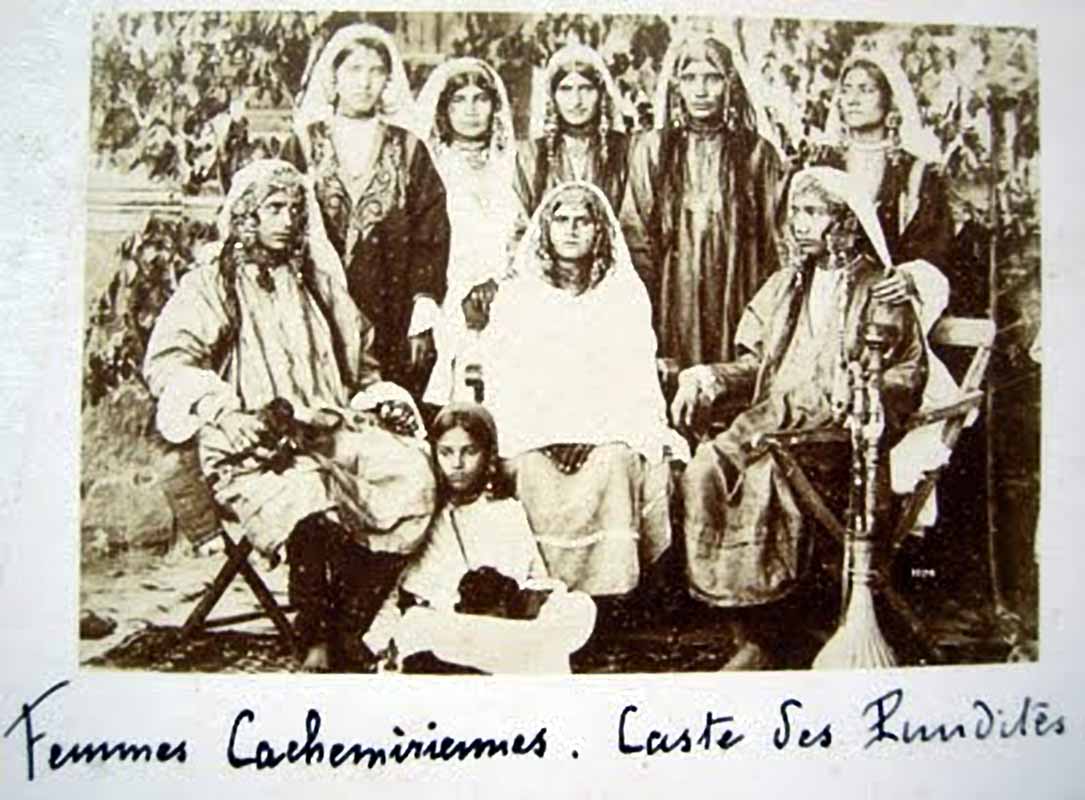 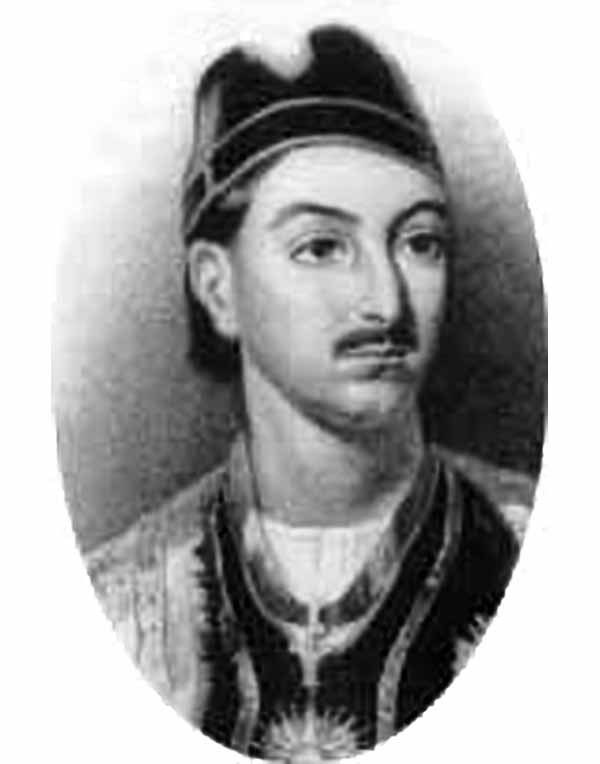 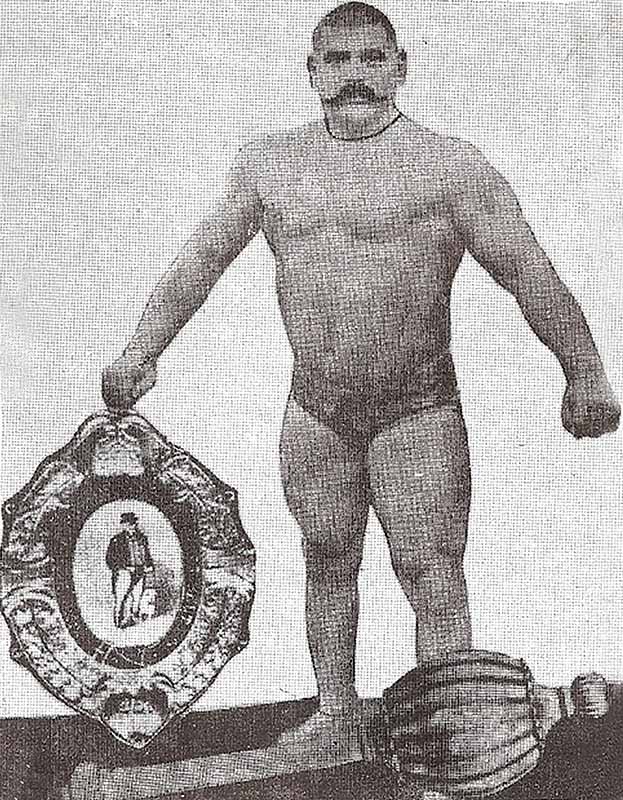 The Great Gama an ethnic Kashmiri Butt (Bhat) one of the truly great wrestlers ever.

Data on the symbol Swastik: Swastik is the most Daiva (Divine) symbol of Bharat. All important tasks must only be undertaken after displaying reverence to this symbol. Similar symbols are also present in many regions and cultures, nevertheless, with different names, and meanings. Moreover, the word Swastik (from Sanskrit an Indo-European language) and its meaning in Sanskrit is accepted globally. Some views on Swastik:
http://news.bbc.co.uk/2/hi/uk_news/magazine/4183467.stm
http://www.bbc.com/news/magazine-29644591
https://www.theguardian.com/news/2007/jan/23/leadersandreply.mainsection3 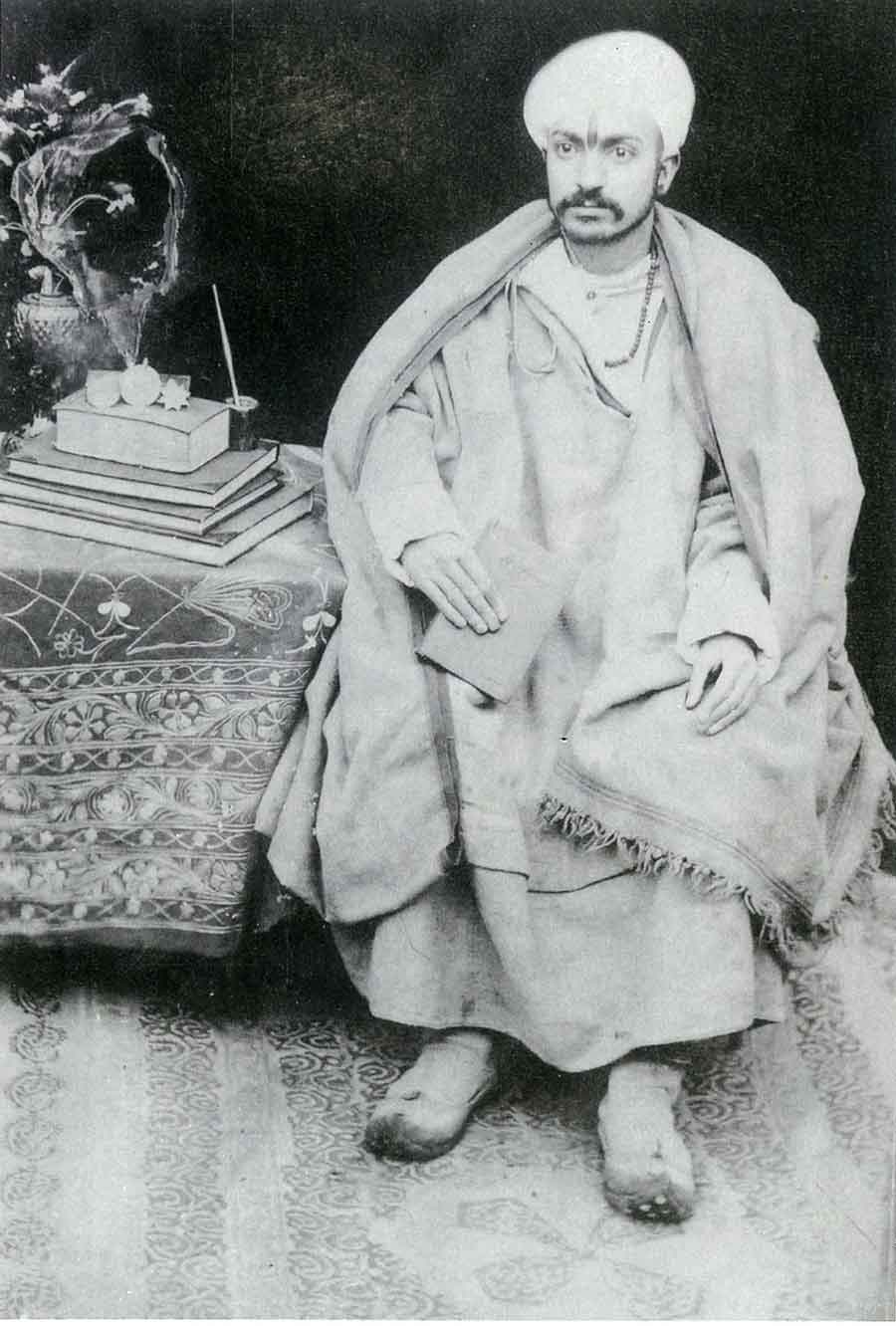 Pandit Nityanand Shastri. A phenomenal intellect and the pride of the Kashmiri Pandits. Photograph by courtesy of his grandson, the enlightened Pandit S.N. Pandita. 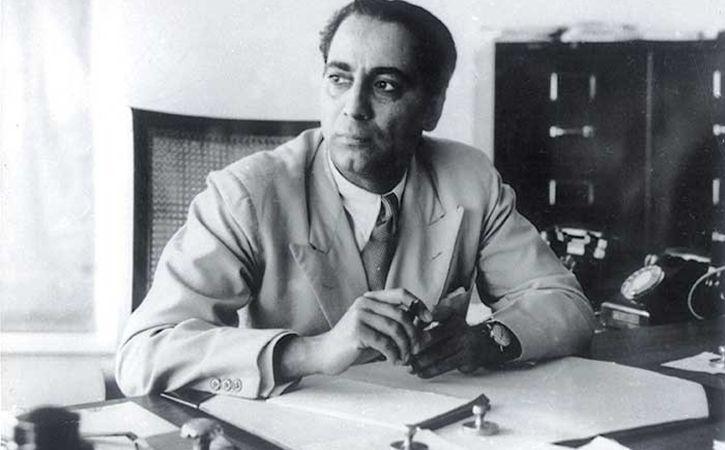 THE FORMIDABLE BHARATI NUCLEAR WEAPONS: THE FACTUAL STORY (PAGES 2 to 6) OF BHARAT, BHABHA AND THE NUCLEAR BOMB https://www.fotadar.org/upinder.pdf
Moreover, The Sophisticated Nuclear Weapons Capability Demonstrated By Bharat In 1974 Was Undertaken At The Appropriate Time. Also Considering The Global Situation In 1998 The Nuclear Weapons Demonstrations Were Then Overdue. Moreover, Though I Have No Political Affliations, Yet As A Proud Citizen Of Bharat I Am Of The Opinion That These Demonstrations Were Absolutely Necessary.
Homi Jehangir Bhabha was the Bharati titan in the world of science. When Bhabha did not get the Nobel Prize (also in my opinion Gopalasamudram Narayanan Ramachandran clearly deserved two Nobel Prizes), it did not surprise or worry me since this Prize is often a political and a network oriented one. However, when Bhabha was not awarded the Bharat Ratna it troubled me deeply. Unfortunately, it is not rare that stupidity is probably the only virtue of quite a few of our politicians! Additionally, lot of fake and planted data is circulating on the Nobel Prizes and their affiliations. The genuine data on this from the original Nobel Prize site: https://www.nobelprize.org/prizes/lists/nobel-laureates-and-research-affiliations/

A VIEW ON THE LATE PANDIT MOTI LAL DHAR: Sadly though I bumped into him only negligible times the brilliant and lionhearted Pandit Moti Lal Dhar left his mark on me. In fact the scientific community of Bharat is proud of his contributions towards building science and scientific institutions in our motherland. Dr. Dhar did his doctoral studies under the supervision of Sir Christopher Kelk Ingold. Later on Dr. Dhar was also a Visiting Scientist in the group of Prof. Linus Carl Pauling.

ON FOTADAR THE RARE FAMILY NAME: We Kashmiri Brahmins ( http://creative.sulekha.com/the-kashmiri-pandits-an-important-component-of-the-indian-civilization_352777_blog ) go by Gotras; that is a specific lineage from an Aryan Rishi. Fotadar is not a Gotra but a title (with an explicit meaning that of a treasurer) and when some people erroneously refer to this surname as Fotedar, it then has an absolutely different meaning! Also no self-respecting Kashmiri Brahmin will allow any foreign element using this family name to enter their family or be planted (staged) skillfully into the family. No matter what backing they have. Never for a true Brahmin (who genuinely follows the Bhagwad Gita) surely means a never. As is well known that most Kashmiri Brahmins follow the Bhagwad Gita rather stringently. That means most of us will never deviate from the Bhagwad Gita, nonetheless, due to our ancient solid civilization we do respect all religions, cultures, races, etc. Moreover, I did not place this surname on kauls.net.

INDIAN SPIRITUALISM AND THE PRAYING PALM TREE OF FARIDPUR.
100 Years Ago Another Indian “miracle” has been explained by scientific investigation. The Pioneer Mail of January 11 reports a lecture by Sir J. C. Bose on “The Praying Palm Tree” of Faridpur. While the temple bells call the people to evening prayer, this tree has recently been seen to bow down in prostration, and to erect its head on the following morning. Large numbers of pilgrims have been attracted to the place, and offerings to the tree are said to have been the means of effecting marvellous cures. Sir J. C. Bose first procured photographs which proved the phenomenon to be real. The next step was to devise a special apparatus to record continuously the movement of the tree by day and night. The records showed that it fell with the rise of temperature and rose with the fall. The records obtained in the case of other trees brought out the fact that all the trees are moving, each movement being due to changes in their environment. From Nature 28 March 1918